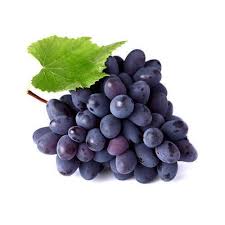 I really don’t want this to sounds like ‘sour grapes’, but after working for over three years writing and perfecting my first novel, ‘Penguins & Panamas’, (shameless plug) then spending hundreds of hours composing interest letters, along with a concise synopsis, to send off to the many, many literary agents around, why did I not have even a sniff of interest?

I was desperate to know why.

Okay, I understand that the most obvious answer is definitely not the one I want to hear…in fact I believe that everyone who has put heart and soul into their manuscript would never admit (or accept) they’ve turned out a piece of rubbish.

And quite right too, because why would anyone commit so much of their valuable time to a project that they genuinely didn’t believe was going to be successful. I truly believed in my story, my characters and my ability to assemble each and every aspect of my imagination into a readable manuscript…as I also believe that everyone who has ever put pen to paper (or fingers to keyboard) in an effort to entertain others does too.

I was starting to think that maybe my family and friends, having read my book, were being too kind…maybe I wasn’t a good writer after all.

So, in the name of research I trolled Amazon for other ‘self-published’ works in order to obtain, read and compare the work of various other aspiring writers to mine. I wanted to see if I could gain any insight into why so many of us are turned down.

I ended up (generally) reading stories that I absolutely loved. They were well written, had believable characters and provided various emotional responses. The sort of thing you would expect from a good book, and certainly on a par with some of my favourite ‘well-known’ authors (who of course I won’t name, just in case they read this and are offended by some unknown saying that some other unknown is as good a storyteller as them)

So…I’ve come to the conclusion that it’s them and not us…well most of us.

Book shop shelves are teeming with ‘Celeb Books’ who of course already have a large fan base who will readily buy anything their icon puts their name to. So I suppose it fair to say that agents and publishers are so busy with this, along with their regular writers, that they have no time or capacity for us normal, hard working, cash strapped writers.

So take heart all you great scribblers who’ve been rejected, I can honestly suggest that it’s not your fault.